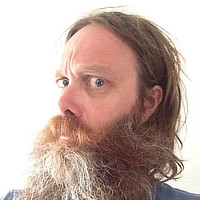 I came to coaching from a life history of high-anxiety, depression, and social awkwardness. I had been trying to uncover the reason for this ever since I can remember, with no illuminations to my struggles. Eventually I was referred by a clinical psychologist for an autism assessment. Around the same time my wife came across a local mindfulness course called ‘This Way Up’. I thought mindfulness might help ground my mind and lessen my anxiety levels. It was here I met the course organiser, Tim Segallar, who introduced me to coaching. As part of the course I attended several coaching sessions with Tim, which began to spark my interest. Tim expressed that, in his opinion, I’d be a good fit for coaching and put me in contact with Isy at Coaching Development.

Initially, I still had some reservations about what coaching was, with a fear that I was getting myself wrapped up in some sort of cult! There was something about coaching I couldn’t put my finger on, and I’m generally pretty good at putting my finger on things. Suspicious, I thought!

During Coaching Development's Introduction to Coaching Day, I realised that as a ‘from now, to the future' person, coaching appeared to follow a forward moving mechanism in a way that therapy or counselling didn’t. After the course I hung back to talk to Isy - in my mind, the wheels, cogs, and love of the organisation. She made me feel ‘normal’ and invoked in me a sense that I had something to offer the coaching profession. I joined Coaching Development's ‘Professional Coaching Skills’ (PCS) programme in the summer of 2020.

When I started the training, I felt completely and utterly out of place. As people introduced themselves there seemed to be an awful lot of people from corporate backgrounds and my life experience had been very much removed from that. However, as the course progressed, I started to realise that people are people and everyone's got their sh**; we are fundamentally all the same underneath, we have common needs and the capability of connecting to one another regardless of background.

I became interested in understanding what the essence of coaching was, rather than focusing on the coaching competencies. Working from the inside out, rather than the outside in. Maybe this is an artist’s perspective, rather than an academic one. During the course we were encouraged to keep a learning journal. At the same time, I was keeping an account of my autism traits in preparation for my up-and-coming autism assessment. The interesting thing was that as the course progressed, the content in both my journals began to merge and encompass a central exploration of who I was, where I fitted into the world and what I could offer and share with others.

I'm not one for defining specific types of coaching, underneath it all you're dealing with 'the person'. I'm currently developing my brand and website and working out how I can present myself in a way that invites anyone to my coaching practice. I coach online from my allotment shed which is solar powered and vey cosy! In time I will offer to coach outside, either in the allotment (which is an oasis from the inner city!) or in East London’s many local parks where we can either sit, walk or a combination of the two. It's very much about finding what works for the coach and the client as a ‘partnership’ and so flexibility and choice play an important role.

For someone wanting to become a coach I would say don’t rush into it. Find the right training for you. There are many out there. From my extensive research they don’t all provide such a powerful life experience and the in-depth training that Coaching Development offer.

Since completing the PCS I have since been diagnosed with Asperger’s Syndrome which I will embrace in my coaching practice.