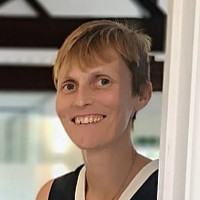 Before coaching I was a campaigner for charities aiming to create sustainable change. I worked around healthcare for stroke survivors; for access to water and sanitation in Africa and Asia; for reducing inhumane treatment to animals, as well as reducing malnutrition in hospitals... quite a variety of things!

I'd been offered training courses around coaching as a manager, so I had come across the GROW model and had a vague framework for coaching. It spoke to me in that it's not about telling people things. Instead, it's supporting people to find their own solutions and way in life. That's where my interest began.

I loved being a campaigner, but I was starting to wonder why I was getting a ridiculously early train into London every morning to sit at a desk for hours on end. On top of that, I wasn't sure if the work was achieving the change I wanted it to. Did I really want to keep doing this forever? The answer was probably not, and it felt like the time to retrain. I hadn't invested in myself in ages, so I thought about what I enjoy and where I already had some skills. That's where coaching came in; at that point it was about learning a new skill and enjoying it.

I came to the free intro day at Coaching Development and absolutely loved it. I had looked at other coaching programmes, but CD felt like the place I needed to be. This is where I wanted to train and invest in me. It was more than just being given some coaching tools and being left to practice them; it was deeper than that. The Professional Coaching Skills training was phenomenal, and I learnt so much, but it also challenged me personally. The course gave me thinking space and encouraged me to explore who I am and what I want to be. This can be quite confronting and a hard conversation to have with yourself. You don't always have the opportunity to visit these kinds of thoughts, and that's the joy of coaching! We had lots of support and I've made great friends that I'm still in touch with. I noticed my coaching skills improve greatly after completing the Developing Mastery training, where I worked towards my ACC (coaching qualification). Professional Coaching Skills gave me the skills to be a coach, and the Developing Mastery gave me that deeper understanding. I was able to put all the skills together to work in different scenarios and keep up the quality of my coaching. I have much higher confidence in my work now.

As a campaigner, I was constantly questioning whether what I was doing was enough to tackle the injustices in this world, and I felt a huge responsibility that if I didn’t succeed I’d be letting others down. I know I’m not alone in feeling this. This is where I’ve combined my love for campaigning and coaching. I call myself the 'Change Makers’ Coach'. I work with people who are driven by the purpose to make the world better in some way. I often find there's little support for those campaigning and they don't give themselves the time to think about their own wellbeing. I create the space for them to find a way to focus on themselves, while still doing what they love to do; making this world better and more just! I generally do that on a one-to-one basis, but I also work with campaigning organisations, working with their teams to find ways to have useful conversations about the collective challenges and pressures they face. It's a great way to create a positive and open culture within organisations so that everyone is equipped to do all the wonderful work they're doing!

It’s a huge honour to be able to support someone you don't know as they share their deepest feelings that they may not have shared with friends, family, or colleagues. It's a real privilege. As well as it being a profession, coaching fundamentally changes you as a person to the extent you want it to. Your understanding of coaching and yourself as a coach continues after the training, so be prepared for a journey that you don't really get off of! If you want to become a coach, do it!